This project will study generational differences in, and increasingly individualised, experiences of wellbeing in urban communities in Shanghai. There are disparities between those who were part of an all-encompassing ‘collective’ danwei (work-unit) system that only began to disappear in the 1980s – but still considerably shapes how urban residents understand their wellbeing and quality of life, often very directly measured by access to urban public infrastructures and services, and the quality of the built environment (especially housing) – and those who were not included in the universal social welfare system of state-owned enterprises or born after the economic reforms. We will explore how wellbeing inequalities arise in a socialist market economy, and how this changes the spatialisation of social relationships and participation in community planning, which is part of a community-building agenda in China tasked with creating a new grassroots activism capable of taking on community responsibilities similar to civil society in the West. We will explore how to measure and evaluate spatial quality and its design through objective indicators and subjective experiences of wellbeing at both community and individual levels.

One of the shortcomings the project will address is a lack of cultural sensibility and context-specificity in existing wellbeing measurements. The Chinese Happiness Inventory developed by Lu and Shih in 1997 is widely used in mainland China, despite being developed for Taiwan. Likewise, common community wellbeing assessment methods used in the UK are not relevant to PR China, where communities are socially and spatially defined as administrative units, revealing a very different spatial organisation and social context through which they and wellbeing must be studied. We will therefore define specific, contextual indicators and measures to capture subjective (individual/qualitative) and objective (societal/quantitative) wellbeing dimensions related to the built environment and built forms, which are recognised as important wellbeing factors but insufficiently studied in this context.

We will carry out a detailed survey of existing assessment methods of wellbeing and undertake in-depth, semi-structured interviews in two pilot communities in Shanghai in the Hongmei Subdistrict to determine the ways wellbeing is perceived and experienced, both in general and specific terms. 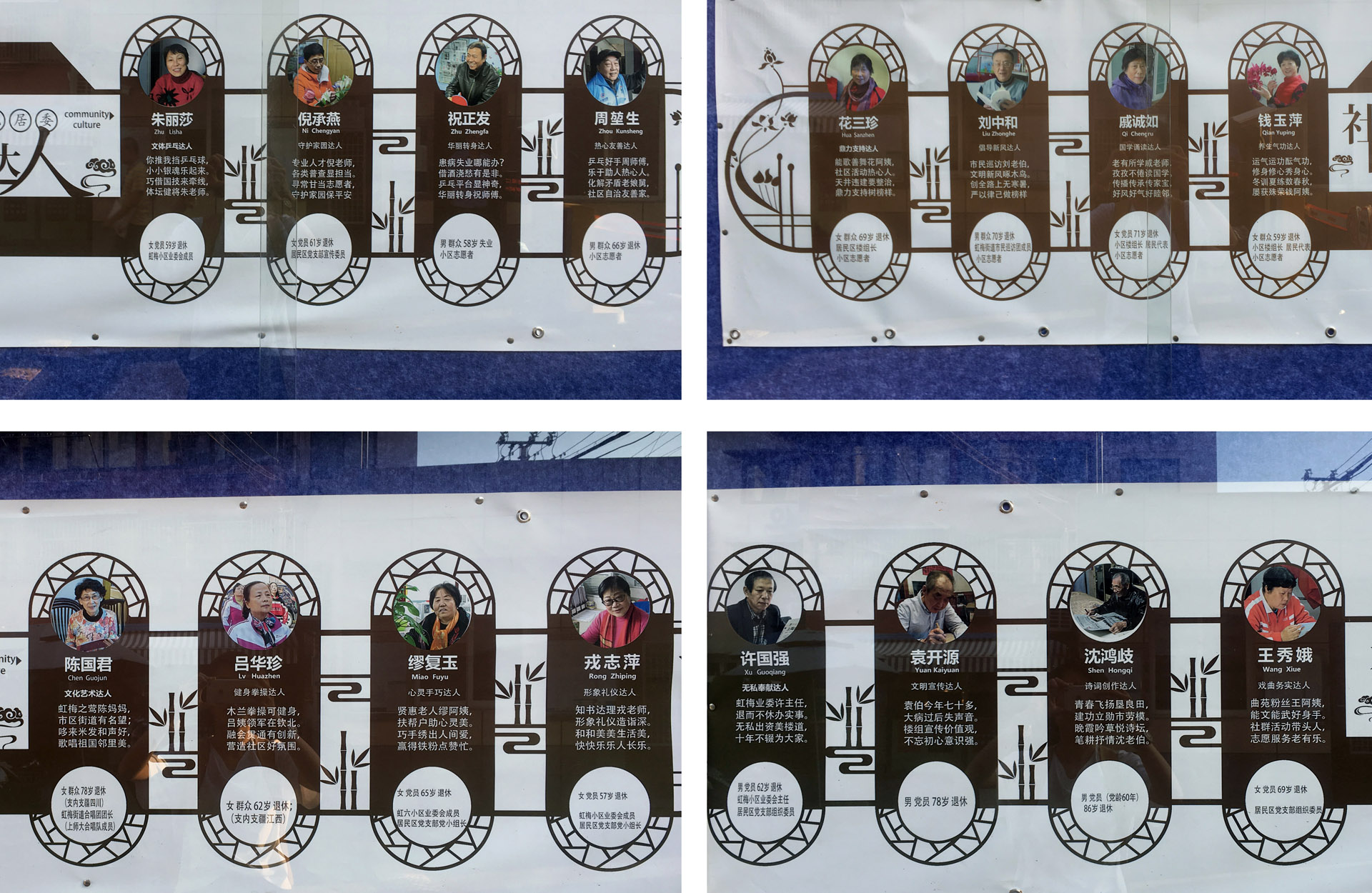 ‘Star’ residents displayed on the information wall at the entrance of the Hongmei Xiaoqu, Shanghai.